Rain came to save the day 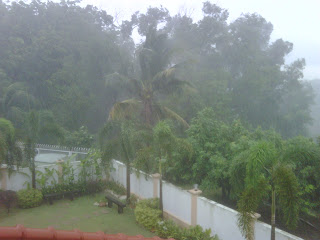 Hopefully the water reserves can be replenished. :D 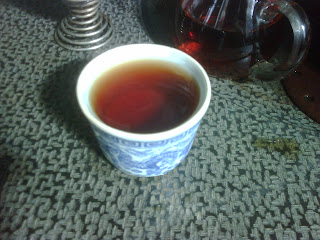 The Star is at it again

PUTRAJAYA: Malaysia will have its own team in Formula One next year.

A Lotus-powered racing team, to be called the 1Malaysia F1 team, will take on giants like Ferrari, McLaren-Mercedes and Renault in the premier motorsports event next year.

The team will join Force India-Mercedes as Asia’s representatives in F1, along with old-timers like Toyota.

The Malaysian-owned team will also mark the return of Proton-owned Lotus, the prestigious constructors who left F1 in 1994.

Najib, who made the announcement at the Ministry of Finance yesterday, said the team would be based at the Sepang International Circuit, making it the first to be located outside Europe.

“This is where the cars will be designed, manufactured and tested. It will be ‘Made-in-Malaysia, by Malaysians’ and of course, the pit-stops will be run by Malay-sians,” he said.

“This is a meaningful development and I hope that it will further raise our country’s profile on the world stage.”

The team will have a Malaysian technical and pit crew, totalling some 200 people, to be managed by former Renault technical director Mike Gascoyne.

Najib added that the team hoped to announce its two drivers by Oct 31.

“Currently, six local and international drivers have been shortlisted for evaluation,” he said.

“Our F1 team will also have technical experts from outside Malaysia to ensure that we are ready to compete on the world’s most prestigious racing stage.”

Malaysia hosted its first F1 race in 1999 at the Sepang F1 Circuit and Alex Yoong was the first Malaysian to race in the championships in 2001 and 2002 for Minardi.

The Prime Minister had earlier launched the exchange programme between employees from the government and government-linked companies (GLCs) as part of the Government-GLCs Cross-Fertilisation Programme.

He handed letters-of-trust to 47 government and GLC staff taking part in the programme.

Another person who doesn't check their facts

http://blogs.forbes.com/sportsmoneyblog/2009/07/lance-armstrong-no-role-model.html
Michael K. Ozanian's blogpost on Lance Armstrong. Now I know blogs are supposed to be casual, but when you are clearly reporting the wrong facts, that is just pushing it.

I am sick of the media playing Lance Armstrong as some sort of God. I get the wonderful story: The guy made a phenomenal recovery from cancer. He has won the Tour de France a record seven consecutive times. With Lance currently in third place half way through this year’s Tour, the Versus Network, which televises the race, is running around telling everyone how the great Lance has given it huge ratings. But there is another part of this story: In an age where most athletes (especially those in the NFL and NBA) are demonized for any misstep, it is amazing how it is never spoken that Lance dumped his wife and kids (who stuck with him during his battle with cancer) for Sheryl Crow and races for the UCI ProTeam Astana, which is based in Kazakhstan, a country ruled by a political tyrant. I’d like to see Versus mention that.

Let's look at the history of video games.
Arguably the first video game you could ever imagine, called "Tennis for Two" is invented back in 1958.

Then there was pong, made to play on the Atari arcade system in 1972.

After nearly 40 years, here is the future of video gaming, this is totally unbelievable, yet it works!!!! Introducing Microsoft Project Natal, shown off during this year's E3.

So what's next for video gaming, you ask. I don't know, but I can't wait for it to come.